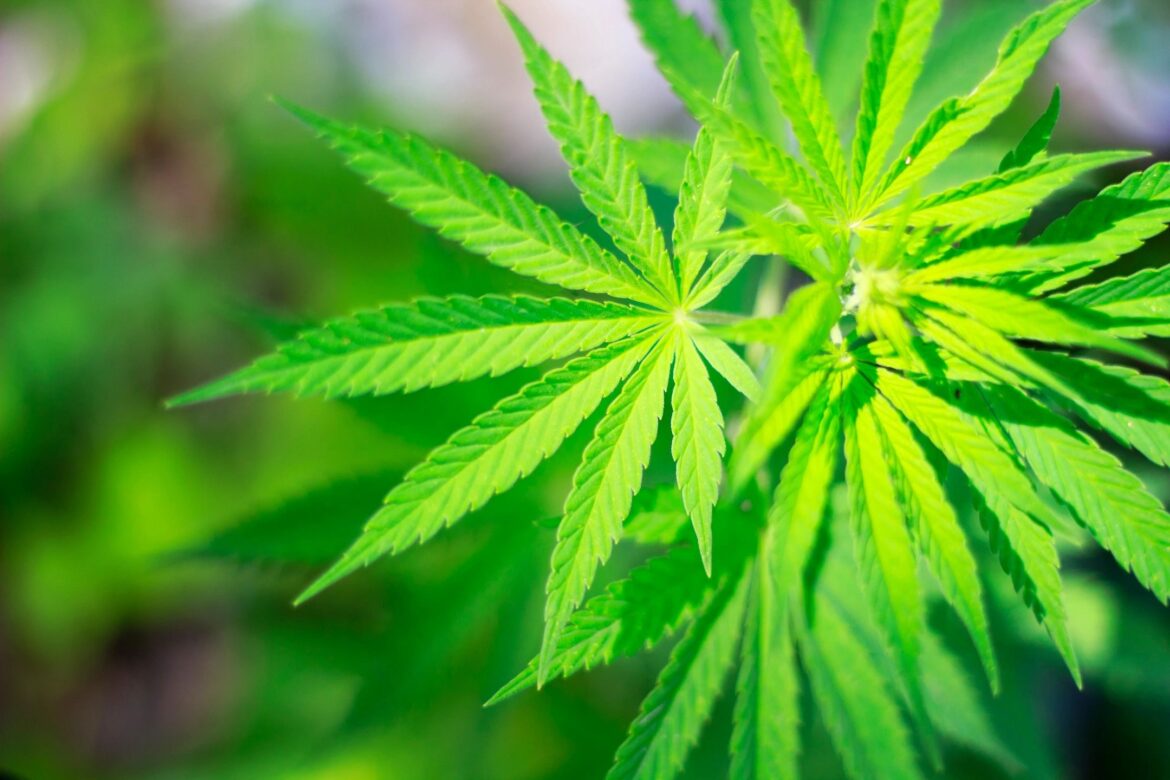 1: GrowGeneration ($GRWG) ranking in the April 11 Investor’s Business Daily IBD 50 weekly computer-generated list. GRWG was ranked #1 March 22 but was given a sell signal that week after a break of the 10-week moving average; the stock disappeared from the rankings until Sunday. This week, IBD notes a nine-week base formation, and gives the stock a $67.85 buy point. GRWG closed at $47.58 yesterday (4/14/21.)

Stocktwits momentum: Among agriculture stocks with more than 300 followers on Stocktwits, the 4 largest percentage increase in followers for the week of April 5, 2021 to April 12, 2021 were:

Mainstream and financial outlets are finalizing their annual “420” pieces on the cannabis and hemp spaces. Most will focus on consumer brands and distribution, but some will mention the agriculture/production aspect of these specialty crops. Additionally, as others (including Hedgeye’s Howard Penney) have noted, Sen. Chuck Schumer (D-NY) said he plans to introduce federal marijuana legalization legislation “soon“, fueling the retail trader buzz. Below is a tl;dr overview of ag and “agjacent” stocks that could benefit from earned media coverage, company-generated content and – most importantly – social media and Reddit chatter this weekend and into 4/20.

Three things to keep in mind:

1.) Hemp is not the same as marijuana.

2.) Gene editing is not the same as GMO.

3.) This is not a complete list of all ag stocks that touch the hemp or cannabis spaces, and the content below is not investment advice – do your own due diligence.

Seed to sale to seed: We highlighted Global Cannabis Applications Corp ($FUAPF) in a Numbers & Narratives post last month. The company’s “efixii” (a play on “efficacy”) platform uses mobile technology, blockchain, and algorithms to drive consumers’ confidence in cannabis products. The company hosted a Zoom webinar and Q&A yesterday (4/14/21) featuring CEO Bradley Moore and CMO Hanan Gelbendorf. FUAPF shares are up 91.2% YTD, and up an astounding 1,332% in the past 12 months.

Genetics: Best known for its work in low-nicotine tobacco, 22nd Century Group ($XXII) uses genetic engineering and modern plant breeding techniques like gene editing to alter the level of cannabinoids in cannabis and hemp plants. In its Q4 and full-year 2020 report last month, 22nd Century group boasted it “secured four out of the five key partnerships needed to maximize each component in the upstream segment of the hemp/cannabis value chain.” The company also promised details on agreements with top-tier plant breeders “will be announced soon.” The company has an outsized audience on social media and fintwit, with more than 32,000 followers on Stocktwits – making it the second-most followed agriculture company after AgEagle Aerial Systems (54k followers.) The outsized audience has been boosted by outsized performance – XXII shares are up 373% in the last year. More on the company’s activity in the cannabis/hemp space, including its intellectual property strategy, is available on its Investor Relations page, Twitter at @_xxiicentury, and on LinkedIn.

Also in the genetics space, Calyxt ($CLXT) is using its proprietary gene-editing technology to “transition hemp to a broad acre crop” – an ambitious target for what is currently a niche plant. The company – which also works in soybeans, wheat, alfalfa and oats – expects to have a hemp product on the market as early as 2024. In the company’s latest investor presentation, Calyxt said it is “prospecting” for partners in the hemp space (slide 10.)

Specific to medical marijuana, gene-editing microcap Evogene ($EVGN) is using computational biology and artificial intelligence (AI) to develop and commercialize products through its Canonic subsidiary. The company says its ability to produce “precise and stable” products set it apart from competitors. In its Q4 and full-year results call in March, EVGN said it plans to launch its first commercial product in Israel in 2022, and target the North America and European markets down the road. In response to an analyst question on the call, Evogene said it has “been in contact with several companies in North America” regarding a commercial collaboration. Evogene has delivered shareholders a 377% return over the last year (through 4/14/21.) Shares eclipsed the $10 mark in intraday trading in early February, and currently trade below half that.

Genetics and direct-to-consumer goods: Arcadia Biosciences ($RKDA), like 22nd Century and Calyxt, uses gene editing in its breeding toolbox. The differentiator, according to Arcadia, is that RKDA is “the only proven crop innovator” focusing its expertise in genomics, crop breeding and bioinformatics on hemp. Arcadia succeeded in getting its GoodWheat wheat brand of high fiber, reduced gluten, and extended shelf life varieties into the value chain, and looks to replicate that success in hemp. Steven Ralston of Zacks Small Cap Research published a deep dive yesterday (4/14/21.)

“Picks and shovels” space: Scotts Miracle-Gro ($SMG) leads the “crop nutrition” category for the cannabis space, and enjoys significant name recognition among retail investors. CNBC host Jim Cramer has been promoting the cannabis narrative around SMG since at least 2016. During the company’s Investor Day event earlier this month, Scotts said its Hawthorne (cannabis-focused) segment has “the potential for sustainable double-digit growth in the coming years.”

If there’s one stock that could usurp SMG as mainstream financial media’s favorite “picks and shovels” play, it’s GrowGeneration (see “Numbers” section above.) The stock’s one-year return of 1,145% helps earn positive coverage, along with its regular appearances on the aforementioned Cramer. Hindenburg Research published a scathing assessment of GRWG last August – labeling it a “euphoric retail stock” and forecasting a 70% downside; investors shrugged off the report to the tune of a 116% gain to date.

Microcap urban-gro ($UGRO) engineers and designs commercial Controlled Environment Agriculture (“CEA”) facilities, mostly in the cannabis space. In 2020, UGRO launched its branded “gro-care” managed services in North America; cannabis cultivators can contract with a gro-care team instead of adding to their own company headcount. urban-gro pre-announced earnings Tuesday (4/13/21), and expects to achieve positive Adjusted EBITDA for the third quarter in a row. On a March conference call, the company signaled its intention to become “crop agnostic” and diversify beyond cannabis growers into “herbs or leafy greens” production markets.

Regulatory compliance: In the last 12 months, AgEagle Aerial Systems ($UAVS) shares have seen a eye-popping 1,524% gain. The once-sleepy Kansas drone manufacturer saw an explosion in volume and social media attention in April 2020, when rumors spread of an Amazon partnership. (AgEagle says a non-disclosure agreement prohibits the company from naming its e-commerce partner.) The company does, however, tout its relationships with state ag agencies that use its HempOverview platform. In February 2021, Bonitas Research called the company a “pump and dump scheme“; AgEagle responded by claiming Bonitas was seeking to manipulate the stock price. As mentioned above, UAVS has the largest Stocktwits following among agriculture stocks, and company announcements regarding the hemp/cannabis space consistently pop the share price in the short term.